Skip to content
All downloaded tracks 60% OFF! Enter Save at checkout to apply.

The Wonder of Sound website is a component of Li-Sem Enterprises Inc. located in San Antonio, Texas. Daniel Kobialka, an internationally recognized violinist and composer, founded Li-Sem in 1987. The company was established to provide a vehicle to create, arrange, produce, and record a “spacial music” that builds on the concepts of the ancients. Over the years Li-Sem has developed into a full-service independent recording company. Striving to provide our clients with high quality music, we work to meet music lovers needs. As a result we have the ability to not only provide mechanical CDs but to make our music available as downloads and on flash drives. The advantage of the move to flash drives is we are now able to provide wave files and liner notes. It also eliminates the need for a CD player or listening to mp3s on a phone. Unlike listening to play lists where you are purchasing “air” you have the ability to travel light with your favorite playlists.

Our other component, Studio Wonder of Sound, is a state of the art mixing and mastering facility offering a full compliment of both the digital and analog worlds. If you have a need to create, we have the ability to produce custom albums to market your products. 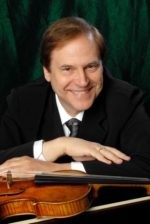 Daniel’s career began at the age of thirteen when he debuted in Carnegie Hall in New York and has taken him on a fantastic musical journey from Soloist with the Boston Symphony Orchestra to Concert Master for Leonard Bernstein’s MASS to his position as Principal Second Violinist for the San Francisco Symphony. These extraordinary experiences provided him the incentive to found his own record company to freely pursue his own interpretations of the classics, folk, jazz and new age, as well as to pursue his interest in avant-garde music. At http://www.wonderofsound.com, the browser is provided an opportunity to experience the music that has formed the core of a series of studies linking sound with Complementary and Alternative Medicine (CAM) for health and healing. Now retired Daniel continues to pursue musical challenges by serving as Concert Master for Kerrville Texas’s Symphony of the Hills and teaching privately and at Schreiner University in Kerrville, Texas and The University of the Incarnate Word in San Antonio, Texas. He also coaches young musicians and conducts Master Classes. In his “spare time” he oversees activities in our recording studio to include recording, mixing, mastering, and producing the albums available on this website as well as through our distributors Allegro (physical), The Orchard(digital); and digital retailers including iTunes, Amazon, and Bandcamp, to name a few. Daniel holds a doctorate in Musical Arts fromCatholic University in Washington, D.C. 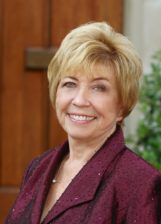 Lilly is a classically trained pianist who serves as the CEO of Lisem Enterprises, Inc. Her interest in jazz has provided Li-Sem with an opportunity to explore a new genre of music to include an album of Cole Porter favorites titled Livin’ and Lovin’ with Cole Porter and Dancing and Romancing with George Gershwin. She also provides accompaniment for Daniel in the Company’s community outreach efforts. Her interests are focused in working with various arrangers and technical staff to create new sounds for the old favorites. Lilly holds a Doctorate from University of Southern California.

The son of two prominent classical musicians, Semyon began playing piano and violin at an early age. Although he managed to forcefully quit both instruments, his parents introduced him to the cello, which has been his voice ever since. Semyon studied with the late “Grande Dame of the Cello”, Magaret Rowell, Irene Sharp, and master cellist Bernard Greenhouse. Much like his father, Daniel Kobialka, Semyon has been a pioneer in ambient music. Over the years of working with musicians outside of the classical music world, Semyon began developing a way of strumming and plucking the cello in order to communicate his musical ideas to musicians unschooled in reading musical notation. This technique blossomed into an unusual method of utilizing the cello as a cross between a guitar and a bass – by strumming and plucking chords on the cello, Semyon is able to provide an instrumental base that he can sing over. This ability to sing and play songs with the cello as the central instrument has allowed Semyon to perform his original material as a solo singer-songwriter. Semyon showcased this new technique on his debut solo album, “Wabi Sabi”, in 2007 released by Duckhole Records. In his newest effort he both arranged and performed with his father to produce an audio recording titled “American Classics, Parlor Music Revisited. He has performed in various venues ranging from bars and clubs to concert halls and theaters to rave reviews.

Fabian Beltran was born in Bogota, Colombia where he became interested in music at an early age. Without formal training he became a proficient guitarist and performed a diverse array of popular musical genres that now influence his compositional style. Fabian holds a B.A in Music Composition from the University of Texas at San Antonio where he studied piano, violin, and composition. As an undergraduate student, Fabian was awarded first place in the Texas Young Composers Competition (Russell Horn Award), first place in the UTSA College of Fine Arts Music Competition (2013 and 2014), 2nd place in the Memphis Belvedere Chamber Music Composition Competition (2013), and received the UTSA Reed Holmes Music Composition Award. In addition, his compositions have won performances by multiple ensembles across the U.S. Most recently, his music was featured in the Soundscapes festival at Blanton Museum of Art in Austin, the Vox Novus concert series in NYC, the Laser tag-soundtrack project in LA, and the Aquila summer Concert Series in Colorado. In addition to composing, Fabian has also been an active performer with the UTSA New Music Ensemble (guitar/piano), the UTSA symphonic orchestra (violin), and he currently teaches piano at the San Antonio Music Academy. In the Fall of 2015, Fabian will begin his M.M composition studies at the Manhattan School of Music.

Composer, arranger, and performer, Balentine has had his compositions and arrangements for orchestra, jazz ensemble, and chamber ensembles commissioned and performed by the San Antonio Symphony, Phoenix Symphony, Cactus Pear Music Festival, and many professional and university soloists and ensembles across the United States and Europe, including Belgium, France, Sweden, and the UK. Professor of Music at the University of Texas at San Antonio, Dr. Balentine teaches courses in music theory and analysis, composition, and jazz studies.

Brant Sankey is a native of San Antonio and has been performing and recording in the area for over twenty years. After starting in the local punk and rock scene he went on to study Classical Guitar at Texas State University with an emphasis on Jazz Theory and Arranging, traditional Orchestration, and 18th century counterpoint as well as the Guitar studio’s performance program. While staying active with the local bands that first attracted him to music, such as the San Antonio indie outfit The Saarinens, he also performs solo Classical Guitar as well as in various Musical Theatre productions. In theatre he has performed shows ranging from The Man Of La Mancha, Grease, The Who’s Tommy, and The Last Five Years. He was also Musical Director for a handful of original musical revues for which he was twice recognized with a Globe Award from the Alamo Theater Arts Council for Excellence in Musical Direction.

As a producer and recording engineer Brant has spent the last five years helping local original artists realize their music in genres ranging from folk, indie, jazz, metal, and rock. Some of the local acts he has been affiliated with are The Dead Barons, Douglas Miles Clarke, The Man Eaters of Tsavo, Nicolette Good, The Please Help, The Rosedale Highs, Royal Punisher, The Whirlybirds, and Wolverton. The productions have ranged from demoing and experimenting with compositions and arrangements, plain documents of the group’s sound, or dressing material up for a full production experience with various electronic instruments, string quartets, or even a children’s choir.

Mason Macias began his musical career in Northern California’s Bay Area and recently complete a Bachelor of Arts in Music from the University of Texas at San Antonio. While working on his Bachelor’s he studied drums with Dr. Graeme Francis. Over the years he has played in a number of local bands and has recorded his own groups. Currently he plays in the Feuding Fathers and DT Buffkin and the Bad Breath. Both bands have received national attention. The Feuding Fathers also has toured nationally. He taught drums at Musical Arts Center of San Antonio and San Antonio Music Academy. In addition, he has provided percussion for three of Li-Sem’s albums. His experience in recording includes working with Daniel Kobialka. His specialty is in the area of Midi Sequencing.

Brian Henderson, a native San Antonian, began playing guitar at a young age and took to audio in high school. In his senior year he secured an internship working production at the now defunct KZEP 104.5 which later turned into his first job in audio. He went on to major in Sound Recording Technology at Texas State University, and took every opportunity to work with artists and bands in the area to hone his skills. During summers he also interned at Cedar Creek Recording in Austin and The Living Room Recording Studio in San Antonio. After graduating in 2011 Brian joined Disney On Ice as a Sound Technician and toured in the US, Asia and Australasia. Returning to San Antonio, Brian taught with the San Antonio School of Inquiry and Creativity, a charter school where he directed a school of rock program, teaching performance on various instruments as well as vocals and music theory, often taking his student bands to perform around the city. Since returning to San Antonio has also resumed his work producing and recording artists as well as working as a live sound engineer. As a guitarist and bassist Brian currently plays with Blithe, Forest of Roots, and 2GrandBack, and continues to compose electronic music in his free time.